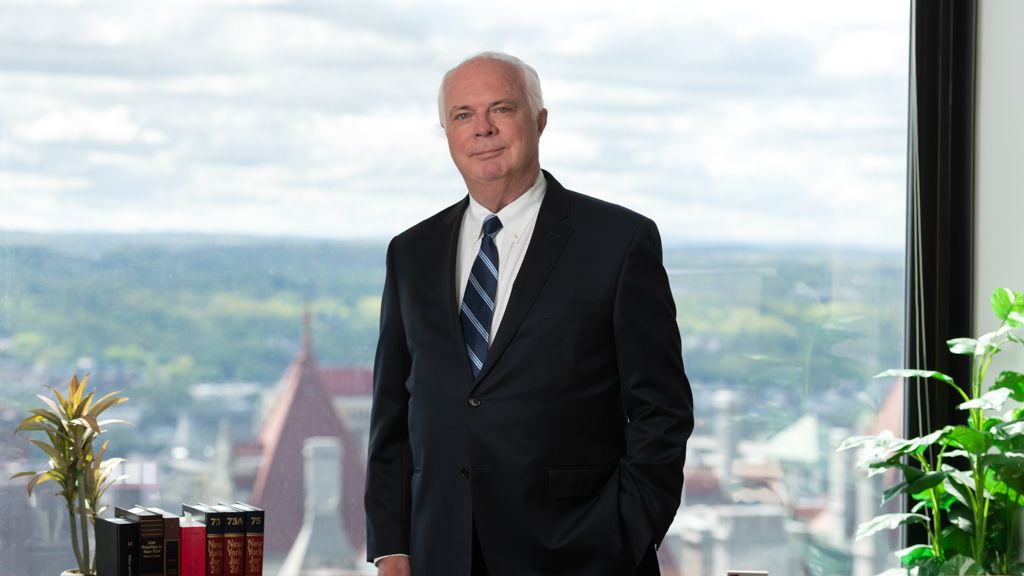 Mr. Sweeney was a founding partner of the law firm of Shanley, Sweeney, Reilly & Allen, P.C. and for 20+ years led that firm in his practice areas. In 2006 Shanley, Sweeney, Reilly & Allen, P.C. merged with the pre-eminent Capital District law firm, Whiteman Osterman & Hanna, to form the largest, most diverse law firm in the region. Mr. Sweeney continues in his established practice areas at Whiteman Osterman & Hanna.

Mr. Sweeney is admitted to practice in New York State and the State of Massachusetts and a member of the State Bar Associations in those jurisdictions. He is admitted to practice in the Federal Courts for the Northern District of New York, Second Circuit Court of Appeals, and the United States Supreme Court. He has presented a number of continuing legal education seminars for lawyers in his practice areas.

Mr. Sweeney is a graduate of the State University of New York and Albany Law School, and he has written several articles for the Syracuse Law Review.