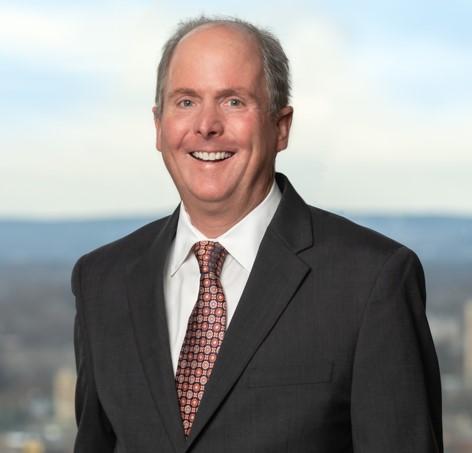 Mr. Van Cott joins Whiteman Osterman & Hanna from the N.Y.S. Adirondack Park Agency.   He also brings to his new role experience as an attorney for the N.Y.S. Attorney General’s Environmental Protection Bureau and the N.Y.S. Department of Environmental Conservation.  Paul’s extensive government experience also includes having served as a regional director in Portland, Maine for that state’s environmental agency.

Mr. Van Cott has over thirty years of environmental and land use law experience.   He also brings extensive local government experience to his new role, having been elected twice to serve as a trustee for the Village of Saranac Lake, New York where he focused on downtown revitalization and led the community’s local development corporation.

Over the course of his career in government service, Mr. Van Cott excelled as a negotiator, a strategic problem-solver and an advocate for efficient solutions to regulatory issues. He appeared innumerable times before citizen boards and in   administrative proceedings on permitting, enforcement, rulemaking and policy matters.    Paul was also successful in bringing diverse interests together to resolve controversial issues.  From his experience as a regional director and manager, he learned to effectively lead teams in the achievement of desired outcomes for the agencies he served.

For two terms as an elected official, Mr. Van Cott learned about local government from the inside.  Former City of Plattsburgh Mayor and current Saranac Lake Mayor Clyde Rabideau said of Paul:  “As a trustee Paul brought his superior legal skills to bear to help the village in much of its work,” he said, adding “His knowledge and understanding of local government and perspective and skills as an attorney make him a formidable advocate and resource on local government issues.”   During his time on the village board, Paul Van Cott helped draft a new comprehensive plan, a new zoning and subdivision code, and many local laws and inter-municipal and other agreements, along with successful grant applications including a $10 million Downtown Revitalization Initiative award to the Village of Saranac Lake.

Mr. Van Cott received his Juris Doctor from Albany Law School.  He is married with two children and resides in Saranac Lake.