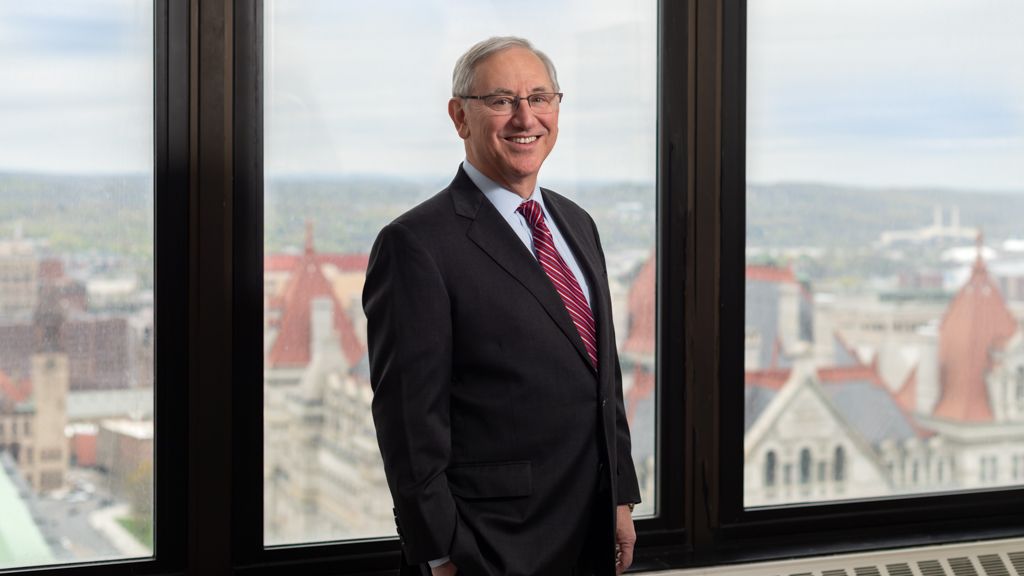 Daniel A. Ruzow is a Partner and General Counsel of Whiteman Osterman & Hanna and a member of the Firm's Environmental, Government Relations, Municipal and Real Estate Development, Zoning and Land Use Practice Groups.  He concentrates his practice on environmental impact assessment, environmental and land use permitting and compliance and related litigation.  Mr. Ruzow has been a partner at Whiteman Osterman & Hanna since 1986 and was managing partner from 1993 to 2003.

Mr. Ruzow is recognized nationally for his knowledge and experience with New York’s State Environmental Quality Review Act (SEQRA) and is co-author of the leading treatise on SEQRA, Environmental Impact Review in New York, published by Matthew Bender (1990-2019). He is a past-Chair of the Environmental Law Section of the New York State Bar Association and served as Chair of the Association’s Administrative Law Committee from 1992-95. Mr. Ruzow previously served as Assistant Commissioner and Counsel for Hearings of the New York State Department of Environmental Conservation where he restructured the Department’s hearing process and also served as SEQRA counsel to the Department. He also was an advisor to the Department on the 1987, 1996 and 2019 amendments to the SEQRA regulations. He has authored several law review and journal articles on SEQRA and the DEC Hearing Process. He is a frequent lecturer on SEQRA and local land use laws for the NYSBA and the New York Planning Federation where he served as a Board member for 10 years. He has also been recognized for his environmental experience in The International Who’s Who of Business Lawyers (2005-19) and Britain’s Chambers & Partners, Chambers USA America’s Leading Lawyers for Business (2005-19) and The Best Lawyers in America (2006-20).

Mr. Ruzow is a graduate of Fordham University School of Law and has a Bachelor of Arts degree from Franklin and Marshall College.