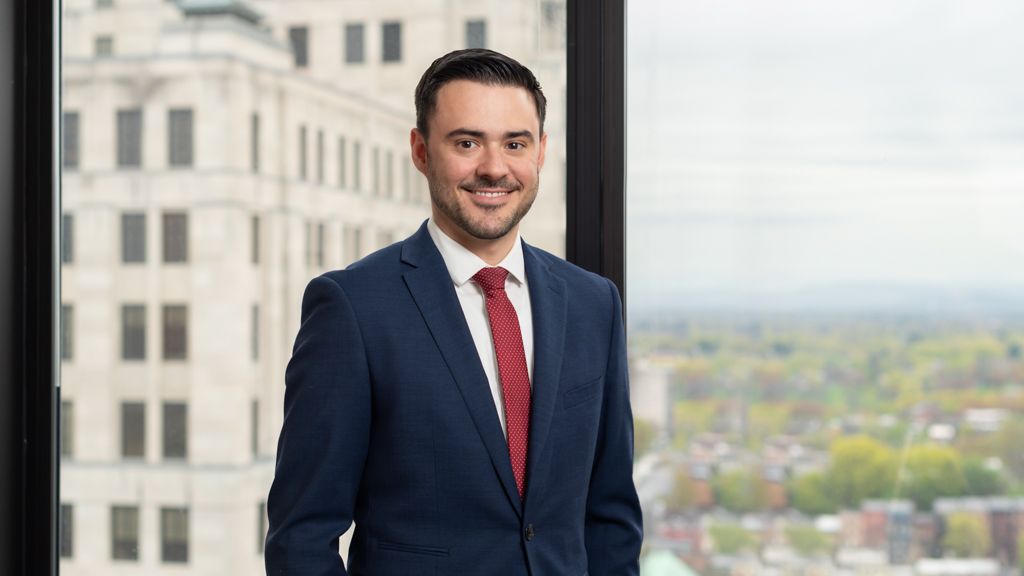 Salvador J. (Jake) Capecelatro IV joined Whiteman Osterman & Hanna LLP in September of 2018 as a member of the Real Estate Practice Group. Prior to joining the Firm, Mr. Capecelatro worked as an Associate Attorney for a small, real-estate-centric law firm in Albany. Mr. Capecelatro also worked as part of a land acquisition team in service to a 125-mile natural gas pipeline project spanning from northeast Pennsylvania to south of Albany.

Mr. Capecelatro is admitted to practice in New York State and the Commonwealth of Massachusetts. He is a member of the New York State Bar Association.

Mr. Capecelatro, a native of Utica, New York, graduated with his Juris Doctor from Suffolk University Law School in Boston, Massachusetts. While in law school, he made the Dean’s List and was a member of the club ice hockey team. Mr. Capecelatro graduated from Boston University in May of 2010 with a B.A. degree in Political Science.