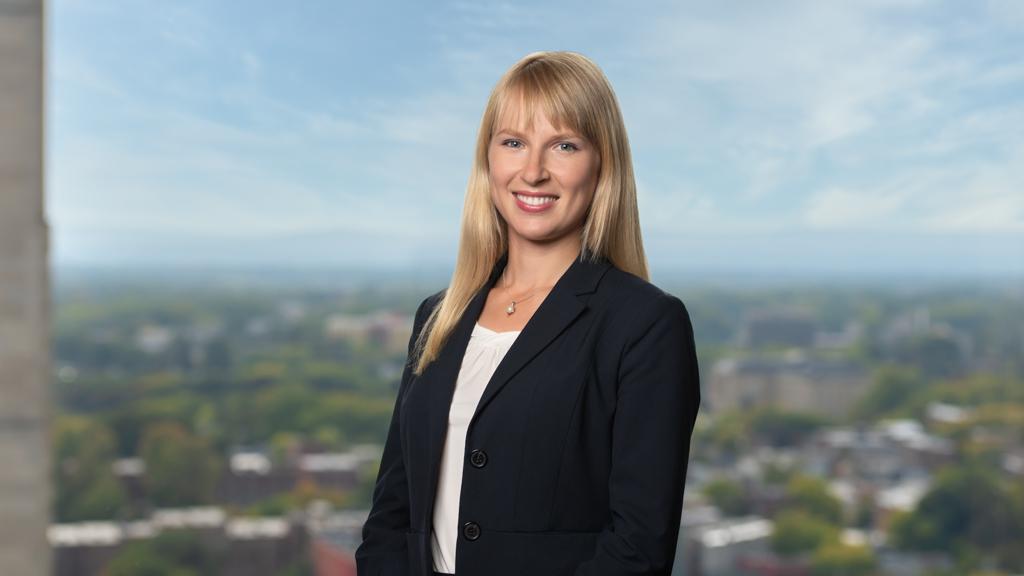 Ms. Pinchuk joined Whiteman Osterman & Hanna as an associate in 2020.  Prior to joining the Firm, Ms. Pinchuk served as a Senior Principal Law Clerk to the Hon. Michael C. Lynch and also as an Appellate Court Attorney at the New York State Supreme Court, Appellate Division, Third Judicial Department.  She was also a summer associate at a litigation firm in Syracuse, New York and worked for a semester as legal intern at United States House Committee on the Judiciary in Washington, D.C.

Ms. Pinchuk won two Best Brief Awards at the National Moot Court Competition and the McKenzie-Hughes Appellate Competition, respectively.  She was also a finalist in the Alternative Dispute Resolution Competition.

While in law school, Ms. Pinchuk was awarded CALI Awards (for highest grade in a course) in Federal Income Tax, Appellate Advocacy Skills and Legal Communications & Research I and III; Distinguished Service Award; ALI-CLE Scholarship and Leadership Award; Scribes Award from the American Society of Legal Writers; Order of Barristers and Order of the Coif.

Ms. Pinchuk is originally from Kyiv, Ukraine and moved to the United States when she was 15 years old to pursue her education.  She speaks fluent Russian and Ukrainian and maintains a strong connection to her Ukrainian culture.